Augmented Reality (AR) and Virtual Reality (VR) are new technologies that come with promises of reshaping our digital experience in entertainment and gaming. But there are broader applications for these emerging technologies in teaching and learning as well.

Two CITS Affiliates, Professor Dorothy Chun, Department of Education, and Professor Richard Mayer, Department of Psychological and Brain Sciences, are researching the effects of using AR and VR in the classroom. Their research investigates whether AR and VR can be useful as supplementary educational tools for subjects like foreign languages and science. 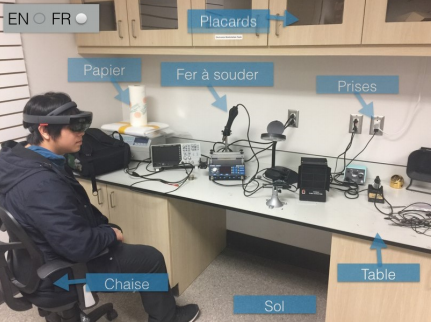 The authors of the study hypothesized that AR can significantly impact the way we learn foreign or technical languages. For instance, they found that AR can create personalized learning opportunities by automatically labeling objects in a user’s surroundings.

The experiment involved two groups of participants: One group used an AR learning tool, while the other used a traditional flashcard-based method, implemented as a browser-based web application.

The AR application used a Microsoft HoloLens, which is a head-mounted augmented reality display. Participants using the HoloLens were set up in a room containing a variety of objects, and the AR system would display a label for the objects in a foreign language as the user walked about the room.

After their respective trials, to assess vocabulary learning, individuals were shown images of the same objects they practiced through either learning modality and asked to select the corresponding vocabulary word. Individuals were tested both immediately after a learning session and also several days afterward.

The individuals using AR outperformed those who used flashcards by 7% on same-day testing. The testing administered 4 days later had more dramatic results, with AR outperforming the flashcard users by 21%.

The researchers take this as an indication that AR can be beneficial for language learning, and hope to inspire Human Computer Interaction and education researchers to investigate the subject further. 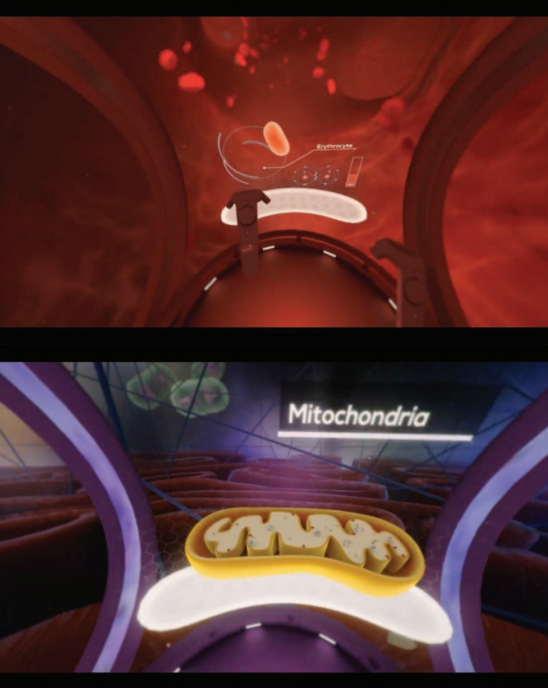 With all the hype around consumer VR systems like Oculus Rift, UCSB researchers are investigating whether VR can be used in the classroom setting. A study by CITS Affiliate Richard Mayer and doctoral student Jocelyn Parong sought to determine whether VR is an effective tool for learning a biology lesson.

“VR allows for opportunities to explore environments that are not accessible with conventional media (e.g., viewing a close up of a cell in the body, exploring ancient ruins, being in space, etc.),“ Jocelyn Parong explained. “Compared to traditional media, VR often includes elements of presence, meaning the high-fidelity visuals and audio leads the learner to feel like he or she is actually in the virtual environment.”

The study had two primary goals: 1) comparing the instructional effectiveness of a VR lesson against a desktop slideshow, and 2) to understand the value of using a generative learning strategy with VR. According to the article, generative learning is the process of taking incoming information and transforming it into usable information by engaging in appropriate selecting, organizing, and integrating.

In their first experiment, 55 college students were split into two groups: those watching the VR lesson called “The Body VR: Journey Inside a Cell,” and those viewing a desktop PowerPoint slideshow on the same biology subject. After taking a post-lesson test scored out of 20 points, the students who viewed the conventional slideshow scored significantly higher on average (13.5/20) compared to the students who viewed the VR lesson (10/20). However, when asked to rate their learning experience, students in the VR group gave significantly better ratings of enjoyment, engagement, and motivation.

In all, the experiments showed the VR can be an effective tool to prime students’ interest and motivation toward a given subject, and that using a generative learning strategy can lead to comparable test results to traditional PowerPoint.

“VR can change the way science lessons, as well as other academic lessons, are delivered, by offering an immersive and interactive experience. VR may help students become more engaged and motivated in the classroom,” Jocelyn Parong explained. “However, VR, as well as other technologies used in the classroom, may only be an effective educational tool when the lessons are designed with appropriate instructional principles and in light of theories of learning.”