A new multi-year research initiative is beginning that will generate new understandings about the proliferation of online hate—racism, misogyny, anti-immigrant, anti-Semitism, attacks on sexual identity, and ad hominem attacks in political discussions—that is so tragically prevalent on social media today. The work is being led by Prof. Joe Walther (Director of the Center for Information Technology and Society), Prof. Sharon Tettegah (Director of the Center for Black Studies Research), and a number of faculty and students in several departments. 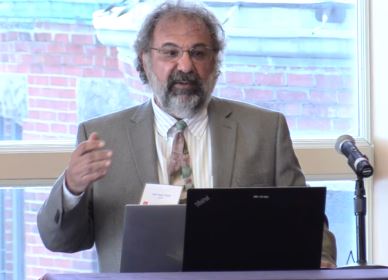 A starting point is a new theory of online hate. It focuses on the use of social media by haters to attract social approval from like-minded others. An initial version of the theory appeared in Current Opinion in Psychology. It proposes that hate mongers’ main motivation for posting antagonistic messages is to attract favorable responses (Likes, comments, friends and followers, signals of admiration and status) from others. Less important to them is to harass prospective victims. The haters think it’s fun and that it makes them liked and popular, which particular aspects of social media easily foster. This approach helps explain the thousands of followers to Gab's anti-Black and anti-Jewish meme collections (see below), among other things. The research focuses on the performative and audience-seeking aspects of hate as a social, rather than individual, activity. However, it also explains how the cycle of hate perpetuates itself, magnifying prejudice, until, for some, it boils over into the physical 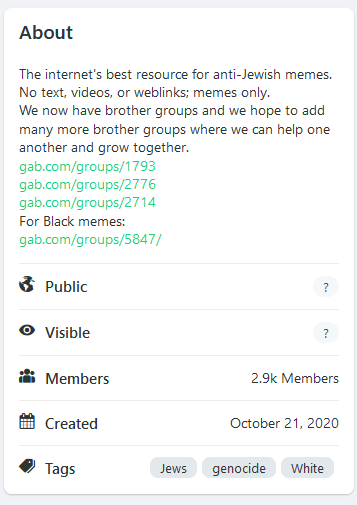 Upcoming major projects will involve combinations of data science and social network analysis to discover how groups of haters organize themselves, choosing victims, planning attacks, piling on, and congratulating themselves. It will attempt to differentiate profiles of haters whose goals are expressive and attention-seeking, compared to groups or lone wolves preparing toward physical violence.

Research is currently underway analyzing messages from Twitter, Gab, Parler, and Stormfront, to assess the degree of violence and disparagement, as well as suggestions of replacement theory ideology, in over two thousand social media postings. Analyses will also assess correlations between these message dimensions and the popularity signals (Likes and Hearts) they accrued. Messages were sampled using keywords most frequently associated with hate messages, and focus on hatred toward Jews, Blacks, Mexicans, women, LGBTQ+, Asians, and others. These efforts build on pioneering research by other CITS professors, Elizabeth Belding and William Wang in Computer Science, and their classifications of hate speech online.

Joining the project this Fall as a CITS Visiting Researcher is a Google/YouTube user experience researcher, Dr. Jennifer Pierre. CITS is also planning a symposium on online hate in 2023, involving leading scholars from UCSB, the United States, Asia, and Europe. It will also be the focus of a graduate research seminar in Winter Quarter, 2023.

To find out how to help support this research, please contact Kelly Adams, Senior Director of Development, kelly.adams@ucsb.edu, Phone: 805-893-4968