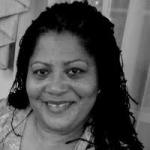 Sharon Tettegah is a Professor in Black Studies, and the Director for the Center for Black Studies Research at UCSB. Her research focuses on using data science to examine empathy, game technology and virtual environments within teaching and learning milieus.

The focus of Dr. Tettegah’s most recent past research examines affective, behavioral and cognitive facets of empathy and empathic dispositions using multiple technologies (e.g., functional magnetic resonance imaging, simulations, games). Her interest and research in data science, empathic design, emotions and technology is the result of passion and commitment to the improvement of equity in leadership, teaching and learning.

Dr. Tettegah is the series editor for Emotions and Technology: Communication of feelings for, with and through digital media. 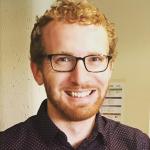 Simon Todd is an Assistant Professor in the Department of Linguistics at the University of California, Santa Barbara. His research focuses on the incredible power of passive listening for developing and accessing knowledge about language varieties and the people that speak them. For example, he has examined: how people who don't speak a language can nevertheless gain impressive implicit knowledge of its regularities by being exposed to it often; how social stereotypes based on the way that someone sounds can influence what listeners remember them saying; and how words demonstrate changes in accent over time at different rates, based on how easily they can be understood. His work delves into the rich biases associated with in-the-moment listening and explores their large-scale, long-term implications, using a combination of computational modeling, behavioral experiments, and statistical analysis of large bodies of language data.

Cristina Venegas is an Associate Professor of Film and Media Studies. Dr. Venegas focuses her research on international media with an emphasis on Latin America, Spanish-language film and television in the U.S., and digital technologies. She has written about film and political culture, revolutionary imagination in the Americas, telenovelas, contemporary Latin American cinema, co-productions and a monograph dealing with cyberculture in Cuba.

William Wang is an assistant professor in the Department of Computer Science at the University of California, Santa Barbara. His involvement with CITS stems from his research interests in computational social science and the study of the dissemination of misinformation. He has broad interests in machine learning approaches to data science, including statistical relational learning, information extraction, computational social science, speech, and vision. William has over 40 papers in leading conferences and journals, with numerous best paper awards. An alumnus of Columbia University, he received his Ph.D. in Computer Science at Carnegie Mellon University. He has also garnered an IBM Faculty Award, and the Richard King Mellon Presidential Fellowship in 2011. He has also worked for Yahoo! Labs, Microsoft Research Redmond, and University of Southern California. In addition to research, William enjoys writing scientific articles that impact the broader online community: His microblog has more than 2,000,000 views each month, and his opinions have appeared in major outlets such as Wired, VICE, Fast Company, and Mental Floss. 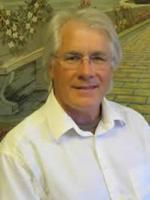 William Warner is a Professor in the English Department. Dr. Warner’s central interests include Eighteenth century British and American literature and cultural studies, the novel, literary and cultural theory, media studies, and law and literature (free speech and censorship). He is currently at work on the Transcriptions Project, and a project on enlightenment and contemporary IT culture.

René Weber is Professor in the Department of Communication and lead researcher at UCSB’s Media Neuroscience Lab. His recent research focuses on cognitive responses to mass communication and new technology media messages, including video games. He develops and applies both traditional social scientific and neuroscientific methodology (fMRI) to test media related theories. His research has been published in major communication and neuroscience journals and in three authored books. He is an Executive Council member of UCSB’s SAGE Center for the Study of the Mind, one of five neuromarketing experts accredited by the Advertising Research Foundation, and past Chair of the International Communication Association's Mass Communication Division.

John Woolley is a Professor of Political Science. Dr. Woolley's current research focuses on change over time in the presidency and presidential use of unilateral action. Together with Gerhard Peters, Woolley has developed an extensive web-based resource on the American presidency (www.presidency.ucsb.edu), which is widely used by scholars and others interested in the presidency and American political history. 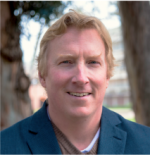 Bob York serves as Professor and Vice Chair of the Technology Management Program and is also Professor of Electrical & Computer Engineering at UC Santa Barbara . Prof. York received his PhD in Electrical Engineering from Cornell University in 1991, with a research focus on high-speed and wireless electronic devices and antennas. He has over 240 technical publications and holds 17 US Patents. He received Young Investigator Awards from the Army Research Office (1993) and Office of Naval Research (1996) for his work in high-power amplifiers and antenna arrays, and received the Outstanding Young Engineer award in 2004 from the MTT Society of the Institue for Electrical and Electronics Engineering (IEEE). He was elected Fellow of the IEEE in 2009, and also has been voted Outstanding Faculty member several times by the graduating senior class at UCSB. Prof. York has been active in technology transfer and commercialization. He co-founded AgileRF Inc. in Goleta, CA, and served as CTO from 1999-2010, and has another UC invention in production at Wavestream Inc. in San Dimas which ranked among the Top-25 Inventions in the University of California in 2012. In his capacity as Chair of TMP, Prof. York oversees all the curricular and outreach activities in the program including undergraduate and graduate coursework in business and entrepreneurship, an annual New Venture Competition, a quarterly lecture series that brings in guest speakers from around the country. Prof. York led the campus effort to create a new Professional Masters degree program in Technology Management, due to launch in Fall 2015.